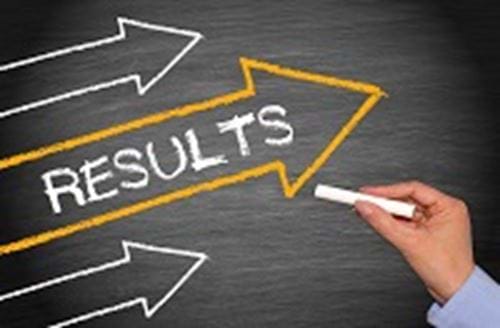 The Institution of Chemical Engineers (IChemE) has announced the results of the Extraordinary General Meeting (EGM), held on 11 January 2018 in London, UK. The governing Council’s position was backed by more than 7 out of ten members who voted.  The outcome represents a strong show of support for the current leadership and its vision for the future of the organisation.

31.1% of the voting membership turned out to vote on the two motions.Members were able to vote ahead of the meeting, by nominating a proxy, or via a poll in the room. The result was independently verified by ballot provider Mi-Voice.

The EGM was held following a request by Eur Ing Keith Plumb, with 49 supporting signatures, on 4 October 2017. IChemE's Council tabled an alternative motion.

The members of the Institution have confidence that the President and Council will ensure IChemE complies with its Royal Charter and charitable obligations and will work to continually improve the management and governance of the Institution to the benefit of its members.

Chair of the meeting, IChemE’s President John McGagh, opened proceedings by thanking those who had participated in the debate:

“The last few months have been a challenging time for many of us. There are important matters to discuss about the future of IChemE including the planned changes to our governance arrangements.  My Council colleagues and I welcome constructive debate and engagement on these matters.

“I am grateful to all who have participated. Their feedback and votes will ensure that decisions and actions on the way ahead for IChemE have a sound and representative basis.”

Immediate Past President, Jonathan Seville, presented the case for Motion 1, followed by Eur Ing Keith Plumb and Nigel Hirst who argued for Motion 2. The floor was then opened for questions and discussion.

Secretary of the meeting, Jon Prichard, declared the results at 14:00 today.

“The turn-out of 31.1% is unprecedented for our Institution.  This is an important step towards the higher level of membership involvement we all want to see in IChemE affairs.

“I am gratified that so many members restated their confidence in Council and for the programme of change we are developing. But we want to reach out to those who have not been content and who have voted against Council, whatever their individual reasons for doing so.

“To you I want to say that we are listening, we have heard many of your concerns, and we want to understand your views better.

“We really want, and need, more members to get involved in our Institution – whether as volunteers, working on individual programmes, or bringing their experience and insights to the programme of change we have under way.

“That means we have another important set of challenges to address. We will need your help and your ideas on how we can get more members actively involved in making IChemE the Institution of choice that - I think - we all aspire to, one that is led by members, supports members and serves society.

“We also have some bridges to build. The EGM process has brought into sharp contrast some areas of difference between some of us. It highlighted some divisions, but it is also the opportunity to deliver a renewed sense of unity around a common agenda.

“If we continue to look backwards and dwell on what has happened, we risk missing this opportunity.

“If we look forward, we can quickly get back on track to the AGM in May, at which a radical programme of change is voted on and which provides a springboard to delivering on our aspirations.

“With all your support, let us act now to catalyse our future. We will repay the trust and confidence you have shown in us. Thank you.”

Following the EGM announcement, IChemE’s Council and staff are keen to engage members in exciting new changes for the organisation. In February, a notice of the Annual General Meeting will be sent to members.

There is opportunity for Voting Members to submit nominations for four Council vacancies – three Ordinary Member positions and International Vice President. A nominated individual must be a Chartered Member or Fellow and must be put forward by at least two Voting Members.

In addition, amendments to the Royal Charter and By-laws will be voted on. IChemE initiated a governance review in 2016, and held a consultation on the proposals in August 2017. Some key decisions were published in December 2017, and further updates will be provided to the membership throughout 2018 in a series of webinars.