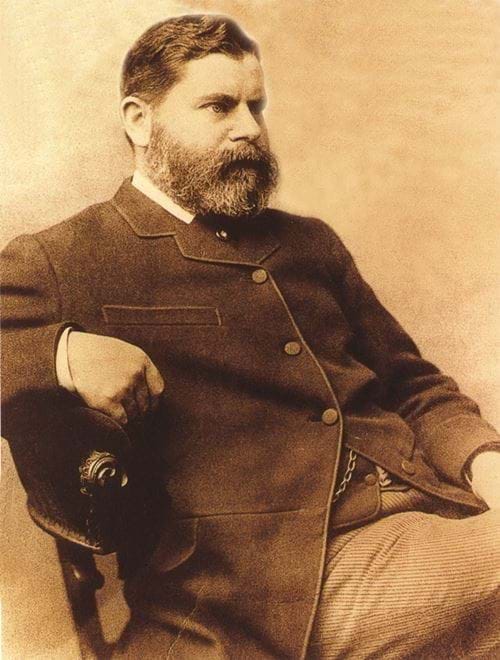 George E Davis, who is considered to be the ‘father’ of the profession, suggested as far back as 1880 that the group which the following year became known as the Society of Chemical Industry, should be named the Society of Chemical Engineers. Unfortunately this view was not shared by his compatriots and so the idea of forming a new professional body was put on the back burner for a number of years.

Davis continued in his pursuit of chemical engineering and wrote not only the first text book but also gave some of the earliest lectures on the subject in Manchester and started publishing them in 1888.

It was during World War I that the need for a more scientific approach to the problems of chemical plant – its efficiency, design, construction and working – was emphasised. Lord Moulton (after whom the Moulton Medal is named), who was then Director General of Explosive Supply, insisted on the necessity of training “Chemical Engineers” and thereby foreshadowed the founding of the Institution.

As a consequence of Moulton’s pressures an influential body with opinion was developed in the UK in favour of some action by which the study of chemical engineering could be encouraged and given some place in the educational system.

On 29 July 1918 a meeting was called by Professor J W Hinchley, the first Honorary Secretary of the Institution, and about 70 gentlemen met under the chairmanship of Professor G T Morgan and decided to form, if it were possible, a subject group of the Society of Chemical Industry to be called “The Chemical Engineering Group”. This Group was formed on 20 October 1918 and subsequently studied the art and science of chemical engineering and promoted chemical engineering vigorously.

A separate qualifying body of chemical engineers should be set up

The idea was widely aired and a meeting was called by Professor Hinchley on 9 November 1921. At this meeting a resolution to form a provisional institution was moved and carried unanimously, as was a further resolution to elect a Provisional Committee.

Meetings of the Provisional Committee took place at frequent intervals and as no established institution met the needs of chemical engineers it was agreed that the Institution of Chemical Engineers should be constituted.

In March 1922 an Advisory Committee was formed consisting of those interested in offering suggestions on the constitution of the Institution, and the proposed Memorandum and Articles of Association of the newly conceived Institution of Chemical Engineers were sent to a number of societies for comment.

The proposed Memorandum, Articles of Association, and By-Laws of the proposed Institution were then duly approved

The proposed Memorandum, Articles of Association, and By-Laws of the proposed Institution were then duly approved and it was agreed that seven members of this Provisional Committee be elected to sign the legal documents.

An inaugural meeting of the new Institution of Chemical Engineers was held on Tuesday 2 May 1922 at the Hotel Cecil, London and a Selection Committee was appointed by ballot to report to the Provisional Committee. About 100 people attended the Inaugural Meeting when the Honorary Treasurer, Mr F H Rogers, was able to announce that £1425 had been guaranteed and that further donations were still being received.

A number of objections were subsequently raised by cognate bodies but following negotiations the Board of Trade informed the solicitors handling the new Institution’s affairs on 18 September that it was prepared to entertain the application for this new body and on 21 December 1922 the Institution of Chemical Engineers was formally incorporated.

A number of further meetings of the Provisional Council were held and it was decided that the first Corporate Meeting of the new Institution should be held on 14 March 1923 to comply with the Memorandum and Articles of Association, followed by the First Annual Corporate Meeting on Friday 8 June 1923.

Extracted from “The Chemical Engineer”, April 1972.